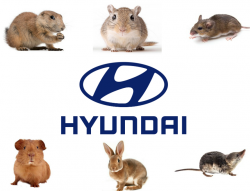 Hyundai is recalling the 2017 Santa Fe Sport because the seat belts can detach in a crash. Talk about defeating the purpose. The latest recall includes 2017 Santa Fe Sport SUVs to fix issues with the driver's side seat belt anchors that may not have been tightened properly during assembly. Bolts that aren't tight enough may cause the seat belts to detach from the anchors during a crash.

In case you missed it, the same vehicles were recently recalled for hoods flying open while driving. The 2017 Santa Fe sounds like a real hoot to drive.